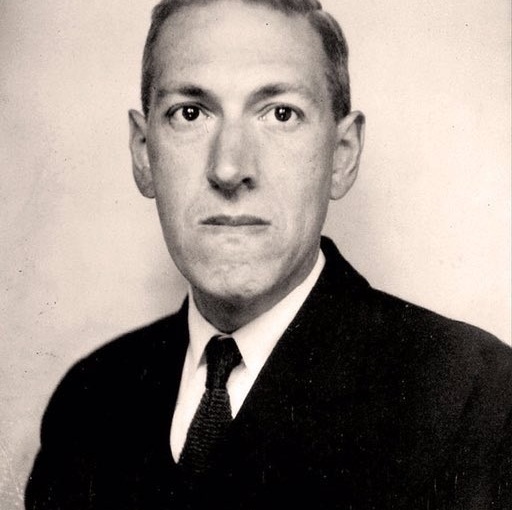 H.P. Lovecraft’s Cosmicism is a source of profound spiritual awe.

But those same themes exist in religions today (ie, Buddhism), which instead of dread, generates spiritual awe and insight.

If anything we should feel comforted that long after Man has become ashes or perhaps some cowering mammal crawling in the ruins of the old world, a new race of Man will walk this world: The Beetle-like Coleopteran, building civilization on the ruins of our own (as recorded by the time traveling Great Race of Yith). Just as we ourselves have succeeded innumerable races of Man before us, such as the Flying Polyps which colonized the Earth six hundred million years ago (again, recorded by the Yithians). We are part of a long lineage of life on Earth. Life that existed everywhere in the cosmos, be they composed of matter like us, of something more exotic like Star-Spawn, or even like the Great Old Ones, who are beyond our understanding. All life. All sprawling and spawning without true beginning and without final end.

If anything, we should live life meaningfully precisely because it will not last forever. What will the Yith say of our species when our time has ended? We should make a good impression.

It is true that when Great Cthulhu raises the sunken city of R’lyeh, he will accidentally destroy human civilization and reduce us to squabbling primitives cowering beneath giant Star-Spawn and inhuman cities of Non-Euclidean Geometry. This is because Cthulhu has no conceptions of human morality, of the anthropocentric world, and indeed, does not even perceive humans at all. But this does not make Cthulhu amoral, his existence does not render OUR life meaningless, and his doings are not done against us, nor for us, but for himself, like many beings and many peoples. We are much alike.

If anything, those beings closer to us in nature— such as the Elder Things— who may perceive humans as animals to be used and abused are more terrifying; but can we blame the Elder Things for their lack of insight when we ourselves have a tendency to reduce our animal brethren to mere objects? It is doubly saddening that the Elder Things are not only our predecessor in the lineage of Earthly intelligence, but they are also our direct creators, having genetically experimented with indigenous lifeforms to accelerate human evolution. But like father, like son.

If we do not fear miscegenation (inter-racial sexual relationships) we have no logical reason to fear the Deep Ones intermingling with humans either and creating hybrids (if in fact, there was any actual miscegenation, and the Deep Ones don’t just implant parasites in human hosts, who guide them towards the sea and then burst out of their chest— but this too is found in the animal kingdom, and are we not animals? Peace, peace!).

As always, if we are distressed by our individual lives, or for humanity as a whole, calm down, and remember that before us were other great races, and after us there will be other great races. For after us come the Beetle-men, but after them the Yithians do not say the Deep Ones will reign, for they were already old in this world and will fade in time. Take comfort that nothing lasts forever (not even the Yithians, doomed to die in a time not their own). And that no matter what horrors we face, we will not only see the Rise of Cthulhu, we may even live to the next cycle of His eventual slumber again. What glorious sights humanity shall see. What new and alien forms we will evolve into!